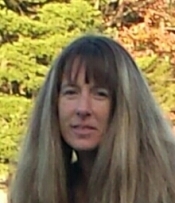 I started shooting at a very early age with a BB gun in my parents back yard. I used to sit on their back steps and shoot at a metal 55 gallon drum for hours. In 8th grade I decided I would try out for the Rifle Team at my High school. Shooting competitively has taught me so many things. Nothing is impossible but you have to give it 100%. Now I enjoy hunting with my kids. It is about being together and having the opportunity to watch them succeed, that is what I love.

I have shot at Nationals at the Colorado Olympic Training Center in Colorado Springs in both 1988 and 1989.

I was invited to Olympic Try-outs in 1989

Never stop learning. The only thing that separates you from someone that wants to harm you or your family is your ability to think. With that is practice. Practice like you will perform, always!! I have always wanted to share my passion for the shooting sports and have always wanted to teach others so that they too can have the security and the joys of what our Second Amendment right gives us.