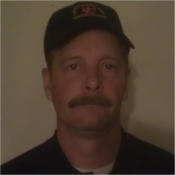 Having been born and raised in rural Delaware County New York, I was always around firearms growing up. My father was a police officer and I always had a fascination with handguns. When I turned 17, I applied for and received my New York State concealed carry pistol permit. On my 21st birthday, I purchased my first hand gun and still have that gun today. When I graduated from the State University my father gave me a model 586 Smith and Wesson handgun that I would use for the first part of my career as a Police Officer. The largest part of my law enforcement career was spent with the Delaware County Sheriff's Office. I became a police instructor, then a police firearms instructor.

During my time as a firearms instructor, I introduced many new innovations in firearms training to my agency as well as the surrounding police agencies. We came a long way from the old static line shooting. I have been an instructor in the Otsego County NY  Law Enforcement Academy since it was started and continue to be a staff instructor. I have taught Law Enforcement Officers from all over Upstate New York in all aspects of shooting skills and the use of force, including deadly force. I was an active member of the American Society of Law Enforcement Trainers and had the privilege of attending firearms specialty courses from the NRA to the elite Law Enforcers in this Country. I continue to be an active member of police service and I currently hold the position of Police Chief in a small village just East of Binghamton, NY.

As an instructor I have personally specialized and studied the use of force and its relation to survival skills. The complicated issues of use of force are difficult to explain and much harder to understand. These issues, play into training people to use a defensive handgun. I have trained both law enforcement and civilians to shoot handguns for many years. I share the same philosophies as Rochester Personal Defense, LLC with the instruction of shooting skills and I am committed to making hand gun shooting a great experience.